Over the last couple of season, Sunderland have been one of the most disappointing clubs in English football. Consistently strong in the opening months of the season, the Black Cats always fall off after Christmas, and end up fighting against relegation. Last year, the team proved themselves capable of beating Chelsea three-nil, yet vulnerable to more than just the odd off day; see under the first Tyne-Wear derby of 10/11.

Over the past couple years, Sunderland have brought in seventeen players, a level of transfer activity which is as unhealthy for the team as it is for the club’s finances. Upfront is where most of the money seems to be going; Darren Bent, Frazier Campbell, Asamoah Gyan, Benjani, David Healy, Dwight Yorke, Michael Chopra, Daniel Welbeck, Kenwyne Jones and Stephane Sessegnon have all come in or gone out over the past two seasons, a group which has been added to further by the signings of Conner Wickham and Ji Dong-Won this week.

With this constant merry go round of players, it is no surprise that Steve Bruce’s team struggle for consistency; too often do they purchase in excess during the January transfer window, and too often do they use the summer as an excuse for a total face lift of the starting eleven.

Already this summer, Sunderland have splashed out on two members of Birmingham’s relegated midfield, Sebastian Larsson and Craig Gardner will both expect to start next season, presumably they will be Bruce’s alternatives to the failed Sulley Muntari experiment and the departing Jordan Henderson. How a Champions League winner and a man who has attracted interest from some of the top clubs in England can be adequately replaced by two players incapable of keeping their former team in the division escapes me.  Moreover, that is half of the midfield changed from last season, and with Lee Cattermole unlikely to avoid red card trouble for any substantial run of games, one further central player will be rotating in and out. 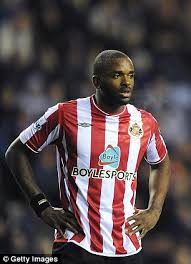 For a team like Sunderland, the only way to advance is to keep a core group of players together for the long haul, and while that is difficult with big clubs constantly poaching, surely Niall Quinn and Steve Bruce could be doing a little bit better. Had Henderson been part of a midfield built for the long term, and not one featuring players like Steve Bruce’s creative band aid Bolo Zenden, then maybe the England international would have considered staying, so as to help Sunderland advance.

There are clubs in football who have perfected the rebuilding and replenishing cycle, Portuguese giants FC Porto seem to have learned to deal with the departures of important players, but they wield a certain financial clout which Sunderland can’t come close to matching. The Porto model is one that works for them, consistent qualification for major European competition insures that the team can recruit top level talent, while Sunderland can only replace stars with three or four mediocre players.

It seems like year after year, Sunderland are just rotating out average players for other average players, forcing themselves into a perpetual state of renewal that has kept the team’s progress stagnant. Every time the side looks to have made an advancement, they take a step back, something clearly demonstrated by the arrival of Gyan and departure of Bent.

Going into the new season, there is nothing new about Sunderland’s transfer exploits, star players have been offloaded, and replaced by quantity not quality; next year could be another frustrating season for fans of Sunderland AFC.