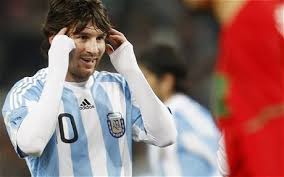 It is a subject which polarizes opinion, prompts fits of nostalgia and starts arguments between football fans around the World. Messi’s ascent to the top of the modern game is undoubted, but whether he has surpassed that and moved above some of football’s greatest names is another question. Messi is the greatest player in the World right now, but is he the greatest of all time?

In terms of club success and individual achievement, he tops the lot, but internationally Messi still falls short of players like Maradona and Pele. A Quarter Final exit at the hands of Germany last summer cast more doubt over whether Messi deserves to be placed alongside his two of his South American predecessors, doubt that the Argenitinan will have ample opportunity to quash at the upcoming Copa America.

Having not won an international trophy since the 1993 Copa America, Argentina are desperately in need of success on home soil, success that will only come if Lionel Messi finally performs. Complementing him is an army of attacking talent, players like Higuain, Pastore, Tevez and Milito are all match winners, but none possess the genius of Messi.

When Argentina kick off against Bolivia on Friday, all eyes will be fixed on the little number ten, everyone in the stands on their feet when he receives the ball. 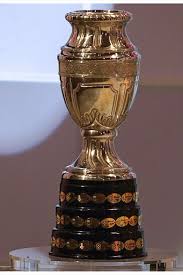 “My greatest dream is to win Copa America.” A way to gee himself up for an upcoming tournament, or an actual slight to the World Cup, it is hard to tell, but you can be sure that this competition is one that Messi dearly wants to win. Standing in his way are the usual suspects, a team of Brazilians headed by youngsters like Neymar and Ganso, as well as a group of overachieving Uruguayans, inspired by a front three as good as any in World football.

For Messi, winning a major international tournament will be his greatest challenge, one that could end up deciding his place in the pantheon of legends. If Messi and Argentina capsize as they did in 2007, then the voices of doubt will begin to approach fever pitch, until they reach a volume that would only be silenced by an unlikely success on enemy soil three years from now.

For now though, Messi must forget about Brazil 2014 and focus on the task at hand. Coming off a wonderful season with Barcelona, he is in a rich vein of form, and is as ready as he will ever be to topple the Brazilians.

Will Argentina win the 2011 Copa America?
If they do, is Messi the best player of all time? Is he already?