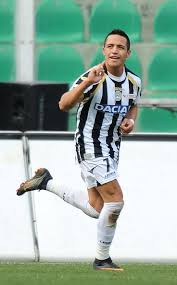 They are the greatest club in the World according to just about everyone, one of football’s main exponents of goodness and Europe’s current champions. Boasting supposedy the most pure style of play, they trounce all opposition, claim trophy after trophy and carve their name into the annals of footballing history.
Belive it or not, Barcelona aren’t perfect. For all their mesmerizing passing and incisive movement, perfection still remains a target not yet attained, and not in some cliched sort of way, because Barcelona could reach perfection, they could reach it very, very soon. During some games last season, and the two years before, Barcelona’s tiki-taka passing failed them; it slipped into a monotonous, predicatble rhythm, one easily read and defended against by the opposition. Take Inter Milan for example, under the guidance of Jose Mourinho they were able to stay compact and defend against Barcelona’s passing, even when a man down. In the wake of their latest Champions League triumph, that loss to Inter has been largely forgotten by the Catalans, but while they wheel and deal this summer, they would do well to remember it.
What Barcelona so sorely lacked against Inter Milan, and in general continue to lack, is an individual. Players like Messi, Pedro, Iniesta and Xavi are all brilliant, but none of them, not even Messi, are willing to take the ball and be selfish; in the way that Cristiano Ronaldo does week in week out at the Bernabeau.
Trawling through one of the myriad of football forums yesterday, I saw a very interesting question, asking who would benefit more, Real Madrid or Barcelona, from a trade deal involving Ronaldo and Messi. While obviously such a transfer is a total non starter, the thought nevertheless remains interesting. Messi seems to be universally acknowledged as the best player in the World, yet his unselfish nature would harldy fit in at the ego charged enviorment of a Real Madrid dressingroom. Meanwhile, Ronaldo’s propensity to hold on to the ball and ignore teammates would likely infuriate the La Masia trained ranks at the Camp Nou. However, Barcelona need a player like Ronaldo, believe it or not, they need another dimension to their attack, a way to get past defensively organized teams such as Inter Milan. Barcelona may still be the best team in Europe next year, perhaps even the year after that, but unless they recruit a player in the Ronaldo mold, eventually they will be toppled.
Footballing greatness comes in phases, as of now, we are in an attacking phase, the best team in the World plays an exciting brand of attacking, goal heavy football. The only way to combat such a style is the Jose Mourinho method; teams must grind past them, put the midfield out of their rhythm, and frustrate the living daylights out of the World’s best team. Eventually, a side capable of doing that on a consistent basis will come around, it could be Mourinho’s Real Madrid, or even a new incarnation of one of England’s big guns, but whoever it be, Barcelona must be prepared to fight back.
Their current tiki-taka style of play is highly effective, but it can, and has been in the past, stopped. Now, if that beautiful, incisive game was complemented by a selfish, egotistical influence, then Barcelona would truly be in business. Imagine what might have happend, had Barcelona possessed a player like Alexis Sanchez during that infamous Champions Leauge semi against Inter Milan. He would have added a much needed, additional dimension to the Barca attack, one which might have been able to break Inter down. Ultimately, the number one criticism of Barcelona (that they don’t possess a plan B) is a correct one, it’s just that their plan A so rarely fails. Alexis Sanchez, or a player of his ilk, could give Pep Guardiola that Plan B, and with it, a way to at least postpone Barca’s inevitable fall from the summit of the footballing pyramid.
With or without Sanchez, Barca will go on to achieve great things in the future. They are the most accomplished team on the planet, and will likely continue to sweep aside the vast majority of opposition, even if their bid for Udinese’s Chilean winger fails. However, their long term future as perennial Champions League winners depends on their actions in this year’s transfer market, it depends on an individual.