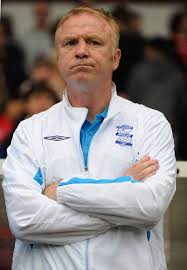 It is the ultimate form of footballing betrayal, a way to insure countless boos, threatening letters and foul mouthed attacks on Twitter. Moving across a footballing divide, from one end of a city to the other, is frowned upon unanimously by fans across the globe, it is the ultimate sign of disrespect to former employers, yet it is a move which many are willing to make.

Over the years, high profile players like Luis Figo and Carlos Tevez have crossed this divide, one as metaphorical as the iron curtain, yet as heavily manned as the Berlin Wall. To put it simply, clubs don’t want their players to join rivals, and there are numerous examples of chairmen and coaches going out of their way to prevent such an occurrence. In 2007, Fergie stepped in to prevent Gabriel Heinze moving to Liverpool, but he wasn’t quite as successful two years later, when Carlos Tevez signed for Manchester City. 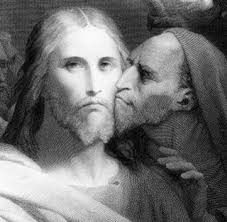 However, more interesting than the role of players in football’s version of one of the new testament’s most poignant scenes, is the role of the manager, a man who’s betrayal is often more hard felt than that of the playing staff. Just look at Burnley, for whom last season Owen Coyle’s Judas Kiss proved to one of death too.

But should managers not be given certain allowances that aren’t provided to players? In modern football, the managerial game is a hazardous one, a run of four or five disappointing results could end with the sack. Managers are the most harshly treated being in the footballing jungle, they are made to be as accountable as referees, but unlike those officials, face severe punishment for poor decisions. A managers job is always on a knife edge, and staying too long at a club inevitably ends with an ignominious departure. Therefore, managers should be forgiven for their acts of “betrayal” as they are ones of self preservation too.

An easy example of this managerial controversy, is that of Birmingham manager Alex McLeish, who was surprisingly relegated last season. After a tumultuous year at City, he elected to resign about a week ago, and has since taken over the reigns at Aston Villa. Understandably, Blues fans are irked at McLeish’s move to their crosstown rivals, resentful at his betrayal. However, had McLeish remained at Birmingham, his managerial life would have been at risk; any newly relegated manager has his job hanging by a thread. At Aston Villa, McLeish is guaranteed a new start, an opportunity to resurrect a flailing club, and guarantee himself a little more room for error than he would have been allowed at City.

Managers deserve the right to betray their team, after all, over the past few years teams have done nothing but betray managers, rendering any claims of annoyance at their moves highly hypocritical. For every cry of “Et tu Brute” emitted by Chairman, managers need only thrust a copy of “The Damned United” back into their faces. 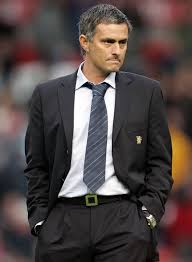 Men like Coyle and McLeish are entitled to move wherever they please, both know that their clubs are unlikely to stay loyal to them, and both were able to leave their former teams without the slightest feeling of guilt. For most managers in the modern game, it is important to leave clubs swiftly, as well at at their peak. Jose Mourinho is the master of leaving at the right time, he nearly always knows when he has brought a team as far as possible, or when a side has hit the wall and is beginning to move backwards. While Mourinho has never left a team for their local rivals, he nevertheless is a good example to men trying to succeed in the cut throat world of football management. If, as a manager, you are loyal to a club then your chances of success spiral downwards; to succeed in the field of football coaching you must be ruthless to your employers, or they will be ruthless to you.

Yes, there are exceptions to the rule, Sir Alex Ferguson has been at Manchester United’s helm for twenty-five years, but he is an anomaly, an exception to an overarching rule. Football managers should never be criticized for acts of so called betrayal, every time an owner comes out with the dreaded vote of confidence, or a well respected coach receives the sack after four months in charge, the managers are being betrayed themselves.

2 thoughts on “Justifying Judas The Manager”