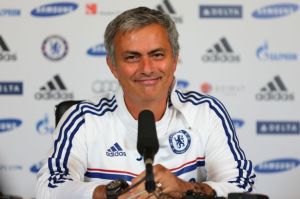 END_OF_DOCUMENT_TOKEN_TO_BE_REPLACED

Fearsome Chelsea Prepare for the Future

Marko Marin is not an elfin warrior. The pint-sized, blond German international may look more like an extra

from a Lord of the Rings movie than a professional footballer, but his flashy talents have nothing to do with Middle Earth. Indeed, from the point of view of Chelsea’s many rivals, Marin and his fellow new signings, Oscar and Eden Hazard, are a little too real; their arrival at Stamford Bridge marks the beginning of an aggressive new era.

Over the past three seasons, Manchester City’s owners have routinely outperformed Roman Abramovich in the indulgent-spending stakes. That gradual power shift culminated in City’s Premier League title success. Now Abramovich is biting back.

While City triumphed in England last season, Chelsea saved their champagne for the Champions League final. The Blues’ undeserved yet brilliantly cathartic penalty shoot-out win over Bayern Munich — in Bayern’s home stadium, no less — capped a turbulent season replete with managerial controversy and several dressing-room revolts. Many critics dismissed Chelsea’s triumph, however, claiming the team had won the tournament by “parking the bus” and playing “catenaccio” (By the way, this is one of my pet peeves. Catenaccio is not a synonym for “defensive.” It is a system built around a sweeper and man-marking, two tactical devices that are almost obsolete in modern football). Some even went as far as to blame Di Matteo’s Italian ancestry.