Is The Prem Still The Best League In The World?

The run-up to this Saturday’s Premier League kickoff, an extraordinarily tiring process that 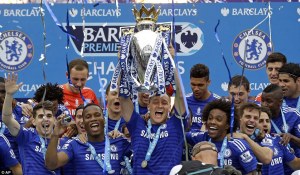 began pretty much the moment last season ended, has included all the usual touchstones: transfer-window mischief, pre-season mini-scandals, explosive Jose Mourinho press conferences. At the end of July, NBC released its annual Premier League promo-short, a whimsical 30-second montage filled with artsy shots of sun-dappled stadiums and cheering fans. At the end of the video, the words “Are you ready for football?” flash across the screen, as the Rodgers & Hammerstein song “Oh, What a Beautiful Mornin’” plays in the background: “I’ve got a wonderful feeling, everything’s going my way.”

The Premier League is often touted as “the greatest league in the world” – a “competitive and compelling” spectacle graced by the best players on the planet. But the media’s promotional grandstanding and the league’s corporate propaganda create a misleading impression. The Premier League currently occupies a fascinating, paradoxical position in the changing landscape of European soccer. It certainly remains the most popular league in the world. But its true entertainment value, especially compared to the star-studded Spanish Primera División, is the subject of an ongoing debate that reflects time-honored, probably irreconcilable questions about the aesthetics of sports.

END_OF_DOCUMENT_TOKEN_TO_BE_REPLACED

What do Manchester United, Manchester City, Chelsea, Everton and Stoke have in common? New coaches. 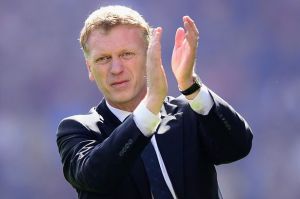 Sir Alex Ferguson’s retirement threatened that status quo. Jose Mourinho, the antithesis of everything that United supposedly stands for, was briefly rumored to be in line for Ferguson’s job, as was Jurgen Klopp, the up-and-coming German coach/rebel. But once it became clear that David Moyes – whose Everton team consistently finished in the top eight, consistently made the best of a meager transfer budget, and consistently caused United problems at Goodison Park – would succeed Sir Alex, Phil-Neville-to-United rumors began to outnumber Mourinho-to-United rumors and the dream of a genuinely chaotic season died.

END_OF_DOCUMENT_TOKEN_TO_BE_REPLACED

The Beautiful Weirdness of the Community Shield

Every August, one week before Premier League kickoff, the previous season’s FA Cup winner faces off against 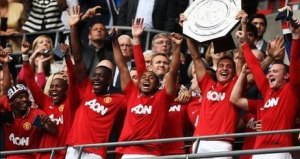 the reigning league champion in the FA Community Shield. Manchester United has won the annual curtain-raiser 19 times, more often than any other team, but Sir Alex Ferguson, who engineered half of those triumphs, doesn’t consider it a legitimate trophy. (Then again, Fergie can afford to dismiss ten victories; he’s the game’s most decorated coach.) The Community Shield is probably the most ambiguous thing football has ever produced, and, in a sport that still hasn’t settled the handball rule, that’s saying something.

Originally, the Community Shield wasn’t the Community Shield at all; it was the Sheriff of London Charity Shield, and instead of pitting two money-grubbing big-time teams against each other in a sponsored-by-McDonald’s spectacle, it served as a 90-minute diplomatic necessity, fought between a team from the Amateur Football Association and one of its professional counterparts. Scottish whiskey distiller Baron Dewar, an early promotional expert who also founded the Theatrical Sports Five Miles Cycling Championship Shield, is credited with conceiving the event. The first-ever Sheriff of London Charity Shield match finished in a tie: at the end of regulation, Sheffield United (the professional representative) and Corinthians (the amateur representative) had each scored a single goal. With United unwilling to play extra time, the two teams elected to “share” the six-foot trophy. It was all a far cry from Mickey D’s.