Forever A Traitor, Carlos Tevez Is At It Again 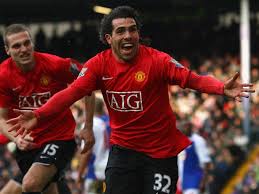 As I flicked through the BBC Sport headlines earlier today, one piece of “breaking news” which really should have grabbed my attention, just didn’t. Carlos Tevez had issued a formal transfer request, again.

It wasn’t so long ago that fans around the World were transfixed by an ongoing legal saga at Old Trafford, one which saw Tevez, Kia Joorbachian and David Gill attempt to reach an unattainable compromise that could potentially have kept Tevez at Manchester United.

But no, after beguiling the fans of all his previous clubs, Tevez replicated the process at Old Trafford, betraying a faithful that had grown to love him, by joining their greatest rivals.

Tevez embodies everything that is wrong about the modern player, his perpetual journey through the European football landscape is one guided only by the cheque book’s compass point, and not by any love or passion. Tevez is the quintessential footballing mercenary, he goes and does as he likes, wooing the adoration of fans before reciprocating their love with the game’s greatest slap in the face.

While the sudden departure of some players is greeted with surprise, Carlos Tevez’ transfer will be accompanied only by a chorus of sighs, as the footballing world witnesses yet another act of foul betrayal by the man fast becoming the sport’s number one villain.

While other players prize the love of a support above anything else, Tevez uses it only as a means of negotiation, a way to either force a new lucrative contract, or push through a move to another team. 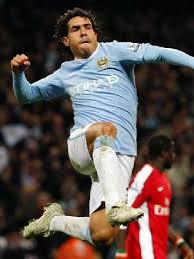 Tevez’ latest actions are the continuation of a pattern which has rightly earned him a rather negative reputation, the man seems to enjoy sucking up the love of a stadium, before spitting it back into fans’ faces.

First it was Boca, as Tevez left his very first club for Corinthians, where the striker would earn his biggest pay check yet; though his time in South America was only a brief interlude before the real business of betrayal began across the pond.

At West Ham, Tevez single handedly saved the Irons from relegation, but only before pushing through a move to Manchester United. At United, the Argentinian once again garnered the support of millions; only to see it turn to venom as he joined rivals Manchester City. What’s more, while at  City Tevez continued to aggravate his former supporters, taunting them after scoring in the first leg of a Carling Cup semi final, and entering into a verbal sparring match with Gary Neville.

However, City fans relishing the pain Tevez imposed on their rivals were not to have the last laugh, as always, Tevez reserved that right for himself. After toying with the Citizens for months, Tevez earlier today announced that he intends to leave the City of Manchester Stadium for “family reasons.” About eleven months ago, having failed to settle in Manchester, Tevez’ estranged wife moved back to Argentina, bringing along his two daughters. Yet, Tevez’ inability to gain access to his children remains a mystery to me, why he was unable to have them stay with him in Manchester is a question that the Argentine international would no doubt struggle to answer.

Though it is difficult to claim that family wasn’t a motivating factor in Tevez’ latest move, his history of betrayal indicates that possibly, it was not the only one. A move to Spain or Italy has been one forever attractive to the striker, and it wouldn’t surprise me if pleasant weather and an opportunity to escape from a city he loathes also played into the decision. Tevez must have known the drawbacks of playing in Manchester when he signed for City though, but as always, money talks, and I’m sure it will continue to do so as the Argentinian evaluates his options, and prepares for a move to pastures new.