The Big Four Are On Their Way Back, And North London Isn’t Invited 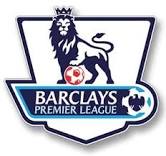 Over the past few seasons, the too often predicable top twenty percent of the English Premier League table has been tossed up; cast asunder by the changing tides of high level English club football, and then rebuilt, but this time adorned by a smattering of Middle Eastern checks.

There was Grand Slam Sunday, the All English Champions League final, and the constant lack of action between fifth and fourth; the days of the big four were monotonous ones indeed. Chelsea, Manchester United, Arsenal and Liverpool seemed set to rule football’s most exciting league for years to come; financially as much as anything else the others just couldn’t get close.

And then came good old Tottenham Hotspur, keen to put a spanner in the works, the team led by Harry Redknapp finally broke up the big four’s Premier League oligopoly, firing themselves into the Champions League places through sheer verve and excitement on attack. Inspired by the fantasy of Luka Modric and the goal scoring exploits of Jermain Defoe, Tottenham were able to take advantage of Liverpool’s calamitous season; claiming fourth spot after a 1-0 away victory over Manchester City.

However, for all the fun and energy of Spurs’ ascent, their success was an anomaly, a rare occurrence that is unlikely to be replicated in the future. Like it or not, a new big four is on its way back, and this one could be here to stay much longer than past versions. For the first time set to compete in the Champions League, Manchester City are the team ready to figure the new “big four” as Tottenham face exclusion, where they will be kept company by neighbors Arsenal.

With Manchester United and Chelsea as strong as ever, City filled with ambition and Liverpool on their way up, North London’s time at the top of the English game has reached its sell by date; next season could be the start of a serious decline.

Arsenal’s actions this summer have come awfully close to the footballing equivalent of suicide; selling top players to rivals is never a good idea, especially during a period of such flux. With Cesc Fabregas ready to finally secure a return to Barcelona, the last thing Arsenal needed to do was sell another two of their best  players to rivals. Clichy will sign for Manchester City next week, while Samir Nasri can take his time deciding whether to join Chelsea, City or United, whichever destination he chooses, the end result will spell trouble for the Gunners.

Both Arsenal and Tottenham are fast falling behind their Premier League rivals, Chelsea have hired one of the most promising young managers in the game, while United, City and Liverpool have all started transfer projects designed for the long term, designed for consistent Champions League qualification. Young English players have been brought in at both Anfield and Old Trafford, while Manchester City’s monetary might is set to guarantee them a fresh wave of talent to help reinforce for next season.

Meanwhile, Tottenham have spent most of their transfer energies playing down rumors that Luka Modric is on the verge of an exit, in a saga that is becoming increasingly reminiscent of the one which saw Dimitar Berbatov depart in 2008.

Arsenal have been perhaps slightly more productive. When not begging and pleading with Samir Nasri and Cesc Fabregas, Arsene Wenger has been off arranging for the signing of Ivory Coast international Gervinho, a man with no Champions League experience, and a track record that boasts only a couple semi-impressive seasons in French football.

Yes, as the new season’s beginning looms ever closer, so does the possibility of North London’s elite being left in the dust. Liverpool, City, United and Chelsea mean business heading into 2011/12, while Arsenal and Tottenham are yet to show their willingness to fight back.