I Hope This Was A Joke

Yesterday was bad. But England isn’t this desperate:

I guess it’s easy to say that a coach “deserves to be part of the debate.” After all, what does that even mean? That someone at the FA should say the words “what about Steve Bruce?” and then quickly change the subject? That Bruce merits at least an interview? That we all ought to tweet about him just to see what happens?

In others news, Harry Redknapp says Roy Hodgson should remain England manager and that in the future, the team should try to emulate Brendan Rodgers’ Liverpool. For some reason, he didn’t mention Steve Bruce.

For some reason, Spurs are interesting [1] this year. That’s not to say that they weren’t interesting last year – or 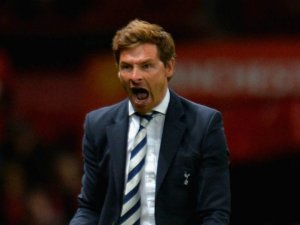 the year before, or during their glory days in the mid-60s – but just that there’s something weirdly attractive about the way their season is shaping up. Perhaps it’s the wonderfully Icelandic-sounding Icelandic international Gylfi Sigurdsson. Or perhaps it’s the unquestionable appeal of Andre Villas-Boas, the fist-pumping Mourinho protégé who steered Porto to a treble two years ago, then landed the Chelsea job, then fell back to earth five months later, haunted by John Terry’s menacing laughter. Of course, the real reason is probably a lot more mundane – probably something to do with Jermain Defoe’s goal-scoring streak.

Spurs aren’t the best team in the league, and they almost certainly won’t finish in the top four this season. Last summer, their best player, Luka Modric, sacrificed his status as one of the biggest stars in the Premier League for the chance to become one of the smallest stars in Real Madrid’s midfield. Harry Redknapp – part-time football manager, part-time Nintendo Wii poster boy, full-time hilarious-courtroom-quip producer – was sacked in May after putting Tottenham within a German-team’s-winning-a-penalty-shootout of Champions League qualification. But that’s just kind of how Spurs roll. They’re only stable when their backs are against the wall, only happy when they’re on the wrong end of a transfer tug of war, or when Daniel Levy gets to spend deadline day toying with Dimitar Berbatov’s footballing future. Spurs didn’t bother to wait for the advent of the Premier League before executing their slow drift from title contender to top four pretender. Their slide started the moment Bill Nicholson quit.[2]