Death of the Striker?

There’s nothing better than an accomplished center forward. A selfish, two-footed goal-scoring machine; a Gerd 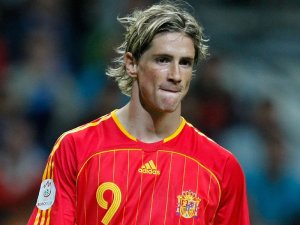 Muller or a Marco van Basten. Strikers score goals and goals win games, or so the cliché goes. Of late, however, strikers have become expendable. Indeed, the position seems to be going out of fashion.

When David Villa broke his leg at the Club World Cup, Spain manager Vincente Del Bosque was left with a tactical conundrum. Should he take a risk on misfiring Chelsea striker Fernando Torres, or field fatiguing Athletic Bilbao front man Fernando Llorente instead? In the end, Del Bosque rejected both options. When Spain kicked off against Italy, they did so without a recognized striker. Flanked by David Silva and Andres Iniesta, Cesc Fabregas started through the middle as a false nine – Lionel Messi’s position for Barcelona.

That approach proved unsuccessful: Italy’s back three coped easily with the toothless Spanish attack, and Torres returned to the starting line-up for the next game, versus the Republic of Ireland. But the willingness of the reigning European and World champions — football trendsetters for the last four years –to countenance a striker-less system raises important questions about the future of the position.