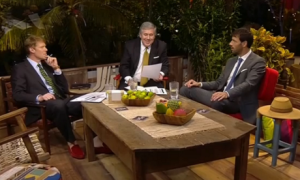 ESPN’s coverage of the 2010 World Cup received widespread acclaim, both from lay viewers experiencing soccer for the first time and from hardcore fans desperate for a Marcelo Balboa-less tournament. This year, ESPN has followed a similar formula, with largely positive results.

Read the rest of the piece here.