If you’re in the mood for 7000 words on the Belgian national team, check out this Grantland piece. It’s an 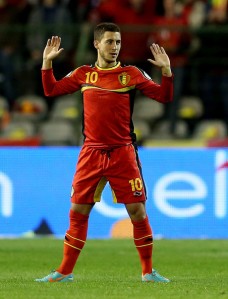 Apparently, like the football authorities in Germany and a couple of other European countries, the Belgian FA has spent the last decade cultivating a “utopian” playing style based in part on Dutch total football. (England should take note.) The article also describes the cultural and demographic changes that have turned a team once divided between French and Flemish factions into a France ’98-esque bastion of multiculturalism.

Let me know what you think.