As those annoying Internet clocks countdown to opening day of the 2012 European Championships, we can’t seem to 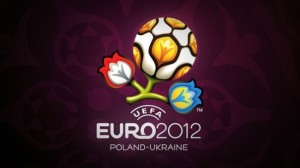 resist a slow, nostalgic stroll down memory lane. We indulge ourselves in Panenka penalties, Van Basten volleys and Schmeichel saves. We lament Southgate’s miss in 1996 and glory in the wonders of Turkey’s 2008 run.

The resonance of the European Championships is astounding. They have provided a canvas for some of the most entertaining international football of the last 20 years and, more recently, they have inaugurated massive tactical and stylistic changes. Short-termism is, perhaps, the defining characteristic of modern football. In the past, tactical trends lasted for decades. These days, they exist in four-year cycles. And, increasingly, those periods are bookended by the European Championships.

Greece’s defensive triumph in 2004 launched a four-year period characterized by the emergence of the fabled “Makelele role” (essentially, the press’s glorification of the defensive midfield position) and, thus, two years of Chelsea dominance in the English Premier League. Greece’s win set the stage for the stodgy 2006 World Cup, a dispiriting spectacle whose defining moment came in the final, when creative maestro Zinedine Zidane ended his football career in ignominy. Greece’s victory became the emblem of a negative epoch.

The bandwagon mentality epitomized by Twitter ensures that when innovations bring success at the Euros, they are quickly popularized. Greece’s 2004 win served as a template for “result oriented football”. When Spain passed their way to victory in Austria and Switerzland, tiki-taka became the only way to play football. Now, more than ever, any exciting change, especially one that secures a major tournament, is the Future of Our Game. And excitement is what the Euros are all about.

The relative brevity of the European Championships allows teams to gain momentum quickly – the football is highly concentrated, making every game a big game, every win a “glory, glory” moment. A tactic that proves effective in the group stage seems unbeatable. Fans ignore obvious weaknesses, and teams commit themselves to a single style.

Whether an initially successful philosophy will ultimately thrive is never certain. In 2008, Holland, playing in the same group as World Cup finalists France and Italy, played fast-paced, counter-attacking football but were eliminated in the quarter finals by an Arshavin-inspired Russia team. In the same tournament, though, the controlled passing that facilitated Spain’s progress through the group stage continued to work in the knockout rounds.

Arguably, at the longer, more arduous World Cup, Spain might have been less inclined to produce thrilling football from the very beginning. Certainly, in 2010, Spain were nowhere near as exciting as they had been at Euro 2008. Without the beauty of those Championships, would Spain’s World Cup win have been enough to turn tiki-taka into the global phenomenon that it is today?

It would be lazy to suggest that the European Championships were entirely responsible for the current obsession with possession-oriented football. Still, Spain’s 2008 win seemed symbolic. It represented a clear ideological shift, the antithesis of Greece ’04.

The process looks ready to start all over again. This season, for the first time since 2008, Barcelona failed to win their domestic title. Tired and disillusioned, Pep Guardiola resigned.

Times are changing. For the first time in a long time, Spain aren’t expected to win. Thanks to Jose Mourinho’s belligerency, and a series of ill-tempered classicos in 2011, the relationship between Barcelona and Real Madrid players is dangerously fractious. To make matters worse, injuries will keep David Villa and Carlos Puyol, mainstays of the Spanish teams of 2008 and 2010, out of this summer’s tournament

After four years of non-stop friendlies and constant success at both club and international levels, the Spanish players are beginning to fade. Fatigue is an inevitable result of the intense pressing game that Barcelona, Spain and even Athletic Bilbao play. Notably, Xavi and Iniesta never reached peak form last season.

Europe awaits the emergence of a new football superpower. Blessed with several of the best young players on the planet, 2008 finalists Germany have been tipped by many to dethrone the Spaniards. Stars like Marco Reus, Mario Gotze and Andre Schurrle are eager to prove themselves. Their energy could prove too much for the Furia Roja.

Iconic images rush by – Trezeguet ‘00, Gazza ’96 – but the tournament is no longer defined by its history. Like those pesky online counters, the European Championships are all about the future.

7 thoughts on “The European Championships Mark A Football Crossroads”