The All Felon XI 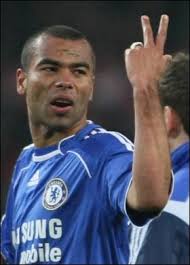 Ashley Cole- If El-Hadj Diouf wasn’t such a nut job, Ashley Cole would surely claim the crown of most controversial footballer of the generation. A renowned adulterer, Cole has had several scrapes with the constabulary over the years, swearing in front of a police officer in 2009, before being convicted of speeding. However, Cole’s nadir came earlier this year when he was questioned by police after seriously injuring a Chelsea intern with an air rifle. Though Cole did make a formal apology, his reputation had been sullied beyond repair.

Jonathan Woodgate- The word injury has been synonymous with Woodgate over the last few years, but interestingly, the Englishman isn’t just a sufferer. In 2001 he was charged with inflicting grievous bodily harm, and was sentenced to 100 hours of community service. That conviction led to Woodgate’s suspension from the England squad travelling to Asia for the 2002 World Cup, and since then the Englishman has been unable to assert himself on the international stage.


John Terry- Dubbed “Captain Controversy,” John Terry has had his fair share of personal issues. Soon after the 9/11 attacks Terry was fined two weeks wages for drunkenly mocking Americans at Heathrow Airport, and the English international was arrested at a London nightclub in 2002 following a scuffle involving a doorman. Though Terry was eventually cleared of assault, the controversy was anything but over for Chelsea’s number 25. Terry was stripped of the England captaincy in the midst of allegations of an affair with the ex-wife of teammate Wayne Bridge, and later he was caught charging money for tours of Chelsea’s Cobham training ground. Stunningly, “JT” has managed to maintain the Chelsea captaincy through all of that, perhaps an insight into the culture of the Blues’ dressing room.

Tony Adams- A heavy drinker, Tony Adams was once sentenced to four months in prison following a series of drink driving incidents, the most notable of which being when he crashed into the wall of his own house, and was later proved to have been twenty-seven times over the legal drink-drive limit. In 1996, Adams admitted to his alcoholism and began the difficult recovery process, attending piano lessons as part of his transition. Since his recovery, Adams has become a figure head for addiction support groups, as well as a fairly unsuccessful manager.

Eric Cantona- By far the most famous footballing assaulter, Cantona is more than worthy of a place on the All Felon XI. Away at Crystal Palace in 1995, Cantona was sent off before leaping into the stands to kung fu kick a Palace supporter, who had supposedly been goading the Frenchman. During the subsequent press conference, Cantona released one of the most cryptic statements in football history: “When the seagulls follow the trawler, it is because they think sardines will be thrown into the sea.” Suspended for eight months, Cantona’s Manchester United future was plunged into mystery, though the Frenchman managed to achieve a remarkable renaissance, helping United to league success in 1996 and 1997.

Mickey Thomas- Convicted of involvement in a money laundering scheme, Mickey Thomas was sentenced to eighteen months in prison, a period summed up terrifically by the Guardian: “Getting 18 months in jail over a counterfeit currency scam wasn’t the lowest point of Mickey Thomas’s long and controversy laden career. That came when he discovered his cell-mate had killed two people-then cut off their heads.” 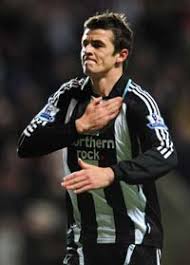 Joey Barton- Modern football’s favorite thug, Barton is a silky, subtle passer on the pitch, a mindless hooligan off it. Twice Barton has been convicted of assault, and twice he has served hefty prison terms. Barton not only has a history of attacking the average pedestrian but also his very own teammates. The English international sent City club mate Ousmane Dabo to hospital after a training ground bust up, an incident which led to the end of Barton’s City career, and the termination of any positive notions about the Englishman’s sanity.

Steven Gerrard- Gerrard’s moment of controversy arrived in December 2008, when the Liverpool captain was taken into custody after a fracas at a night club, which left a disc jockey sporting several serious wounds. Though Gerrard was eventually cleared of all charges, the general consensus still remains that the Englishman was guilty of some level of bodily assault, and unfortunately for Gerrard, his fairly clean reputation was tarnished badly.

Carlos Tevez- One of the finest footballers in the world, Tevez has not only caused legal problems for himself, but also for the clubs that have owned him. In 2007, West Ham were taken to court after breaking transfer rules in the process of signing Tevez, a breach which led to two long, tedious years of negotiations and settlements between West Ham and Sheffield United. However, Tevez warrants a place on the All Felon XI not just because of the controversial transactions which have circled around him, but also because of his driving indiscretions. In 2009, Tevez’s car was impounded after it was found that he had been driving without a British license, an offense compounded by his illegally tinted windows.


Nile Ranger- The youngest offender on the All Felon XI, Nile Ranger has already twice courted controversy. Ranger’s early days at Southampton were brought to an unceremonious conclusion when he was sentenced to eleven weeks in a Young Offender’s Institute, following the part he played in an armed street robbery. To make matters worse, just recently Ranger was pictured posing with a gun, supposedly showing off his “gangster routes.” Needless to say, current club Newcastle United were less than impressed.

Who would you put in your “All Felon XI”?

Who should be elected as the captain of mine?

One thought on “The All Felon XI”